Friends is a hugely successful sitcom about a group of 6 friends in their late 20's early 30's living in New York. It ran for 10 years from 1994 through to 2004 and was shown in over one hundred countries. A spin-off sitcom "Joey" survived for two season, but never captured the success of it's predecessor.

10
AVERAGE
5.2
Ultimate Friends Challenge!!!!!!!!!!!!!
A quiz only for the people who have seen every episode 3 times!!!
12
EASY
5.5
Friends all the way
one of the most challenging you will come across. BEWARE! Sausage style
14
EASY
5.5
The One With The Embryos Game Show
Quiz on the large-scale bet between Monica/Rachel and Joey/Chandler to see who knows whom better
12
EASY
5.5
How well do you know ross
how well do you know ross
15
EASY
5.5
are you a real friends fan
a few questions to see how well you no friends
10
EASY
5.5
Not for Rookies!
Questions designed for the most hardcore Friends fan.
10
SIMPLE
5.4
Trivia about Chandler Bing
All of these questions relate to the character of Chandler.
15
AVERAGE
5.4
Friends Pilot
Questions about the very first episode of Friends
25
AVERAGE
5.4
Friends Fanaticism
For Friends Fanatics
12
AVERAGE
5.4
THE ultimate friends quiz!
they are very hard! LOL
20
AVERAGE
5.4
Friends: All About Rachel
How well do you know the character of Rachel and all of her story-lines throughout the 10 seasons.
9
EASY
5.4
Ultimate Friends Quiz: Challenge Accepted
This quiz should test your knowledge of the main characters. Unusual questions - hopefully ones you won't find too easy and won't see elsewhere!
10
AVERAGE
5.4
All About Pheebs
Only true Phoebe fans will be able to score 100!
14
EASY
5.4
Friends T.V. Show Detailed Quiz
Friends quiz about all ten seasons of the show.
10
EASY
5.4
Middle names and quotes.
Really hard questions on ALL things friends, not just things the title suggests.
10
TOUGH
5.19
Numbers in FRIENDS
Numbers that were mentioned in various Friends episodes- can you guess the right ones?
10
SIMPLE
5.67
F.R.I.E.N.D.S Trivia Quizz
For friends lovers
25
TOUGH
5.67
THE ONE WITH THE FRIENDS
PUT YOUR F.R.I.E.N.D.S KNOWLEDGE TO THE ULTIMATE TEST!
10
AVERAGE
5.67
The Hardest Friends Quiz Ever
Good Luck!
16
AVERAGE
5.33
fgkq1995
decent difficulty
11
EASY
5.67
How well do you know friends? Seasons 1-10
A quiz covering the entire ten seasons of the sitcom about 6 Friends living it large in New York city.
20
EASY
5.67
Random Facts Friends Quiz
Random facts & quotes about the show's 10 year run!
10
SIMPLE
5.67
Coolest Friends Quiz
10 questions on the New York lives of 6 friends.
12
AVERAGE
5.33
Friends Quotes???
Guess which Friend said these hilarious quotes.
12
EASY
5.67
Awesome Friends Quiz
how well do you know your friends?

Saved by the Bell Quiz 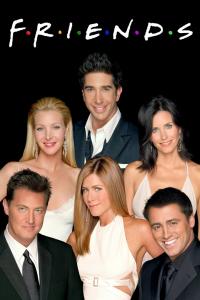