Teen Titans is heart-pumping action and adventure as 5 heroes take on evil villains to protect their home, Jump City. However, this show is not just about fighting. It delves into deep character development of the unique personalities of the Titans.
Robin is the leader with cool Batman-style devices, pretty obsessed with catching the elusive Slade, and who never took things seriously till he learned how in The Quest (Season 4).
Starfire is sweet, pure and totally new to life on Earth, but she sure can pack a punch with her super Tamaranian strength. She also deals with sister rivalry in Sisters (Season 1).
Beast Boy is quite an unlikely hero. He is funny, somewhat stupid yet very charismatic. What is more, he cares for his friends- a lot, and learns how to grow up in Things Change (Season 5).
Raven is another unlikely one there, reason being she was created a portal, for her demon father to invade any planet she settled in. However, she tries her best to do good, even if she is really sarcastic at times, and learns that she has friends, even if she does not know it, in the episode Spellbound (Season 3). Yup, a minor episode for Raven, but important for her character growth.
Lastly, Cyborg is tech-savvy thanks to the fact that he is a part of technology. He is half-robot, hence the name, but proves time and again that humanity exists in him, especially from Only Human (Season 2).
There is never a boring episode in Teen Titans, be it dark and sinister ones like Haunted or the The End trilogy, or light-hearted and humorous ones like Mad Mod and Revolution, this show is by far the liveliest one yet!

10
EASY
5
An Awesome Teen Titans Quiz
A fun quiz about your favorite teenage super heroes
10
AVERAGE
4.67
A quiz about Raven
Know all her secrets ?
13
AVERAGE
1.67
Teen Titans: Fractured Triva
A quiz about the episode Fractured
11
N/A
5
Complete Raven quiz for only the top fans.
This quiz will determine if your really a raven top fan, or just another wannabe.
10
AVERAGE
5
Teen titans - think you know it all?
Lets find out
15
AVERAGE
5
Hard Teen Titans Quiz
A challenging quiz which will really make you think. You will need a good knowledge of Teen Titans to get 100%. Hope you enjoy!
21
TOUGH
5
Teen Titans Quiz Think you know it all
origin, history metioned in tv show and outside tv show HARD
10
EASY
5
Teen Titans Truth Quiz
5 Teenage super heroes fight crime for truth, justice - and for the last slice of pizza!
15
EASY
5
Teen Titans Quiz
Think you know who did or said what in the show? Take the quiz to test your knowledge on the character and what they had said or done.
10
N/A
5
teen titans fan quiz
easy and fun 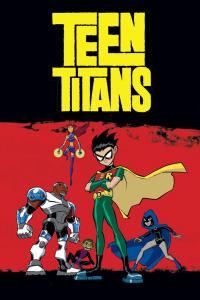